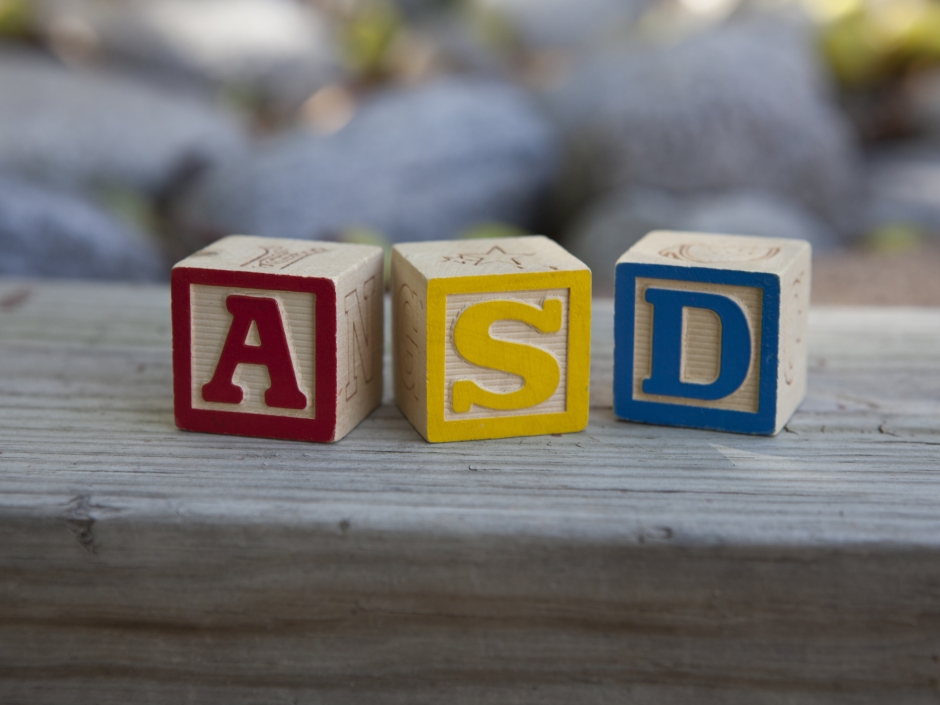 So, I know this will be a predominantly ABA blog, but I wanted the first few posts to cover the stages parents encounter from diagnosis to starting an ABA programme, as it is rarely straight forward!

I have recruited the help of parents I work with, and the general consensus is that the first question after analysis (or around the time parents start seeking diagnosis), is what is autism?

It’s a term that most people have heard of, but actually know little about. While I was studying, I had some lectures on this, but a text book definition; ‘Autism spectrum disorder (ASD) is a condition that affects social interaction, communication, interests and behaviour’ doesn’t actually prepare you for working with, or caring for someone on the autism spectrum.

Now, the below graphic touches on the 3 areas in the triad of impairment which are effected by autism spectrum disorders, with some day to day examples. 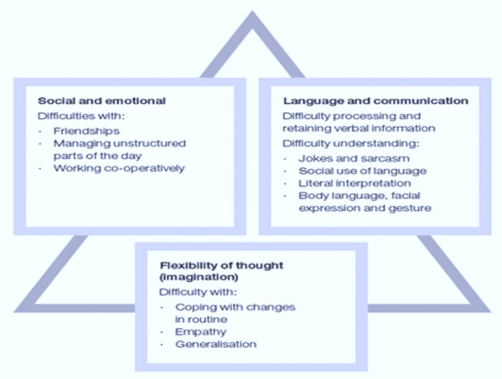 Here’s a list of some things (by no means extensive) you may observe if you have a little one with autism (based on observations of parents);

As autism is a spectrum disorder, difficulties can present in different ways, and differ from person to person. I feel this doesn’t really do justice to just how differently ASD can impact people. It can vary from people such as Temple Grandin  and Dan Aykroyd (he was in Ghostbusters, awesome film!)  to adults who struggle to meet daily living skills such as eating independently, being toilet trained, and having no functional communication, and everything in between. The spectrum is vast.

Statistic 2 – over 700,000 people have an autism spectrum disorder in the UK.

The cause of autism is unknown. It is suspected that it may be a genetic, environmental, and/or neurological factors. There is NO research that supports the notion that the MMR vaccine causes autism, nor ‘bad parenting’.

Here’s some common misconceptions about autism;

I must mention here that a diagnosis of autism is not necessary for an ABA intervention. Behaviour Analysts work with behaviour, not diagnoses. That’s not to say a diagnosis isn’t useful in other situations, as they are often needed to receive the support you are entitled to.

My time working with learners on the spectrum has taught me that each person has unique difficulties, which need to be approached in an individualised way. It’s about finding out what the learner likes (and this isn’t always obvious). It’s recognising that everything the learner does serves a purpose for them, even if it isn’t clear for us, and they don’t engage in problematic behaviours ‘to be naughty’. It’s about finding the best way to teach the learner and adapting to their needs. It’s remembering, even in times of difficulty, that progress can be made.

I won’t drone on anymore (turns out I love typing as much as I love talking!), but if anybody would like some more information about autism, I have some slides that I’ve adapted from an autism introduction, so if you’d like me to send them over, please leave a comment in the comment box below this blog